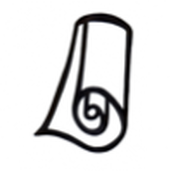 The Creeds are statements that contain a summary of our basic beliefs. The word “creed” comes from the Latin word “creo,” which means “I believe.” In the Episcopal Church, we say both the Apostles’ Creed and the Nicene Creed in our worship. Because we are a community of faith, we openly declare our beliefs and in this way unite ourselves to Christians in the past, present and future.

The Apostles’ Creed dates from the early years of the Christian Church and was used as a statement of faith at Baptism. The Apostles’ Creed is included in the services of daily Morning and daily Evening Prayer that may be used both at Church and in private devotions. It can be found in the Book of Common Prayer on pages 53, 66, 96 and 120.

The Apostles’ Creed
I believe in God, the Father almighty,
creator of heaven and earth.
I believe in Jesus Christ, his only Son, our Lord,
He was conceived by the power of the
Holy Spirit and born of the Virgin Mary.
He suffered under Pontius Pilate,
was crucified, died, and was buried.
He descended to the dead.
On the third day he rose again;
He ascended into heaven,
and is seated at the right hand of the Father.
He will come again to judge the living and the dead.
I believe in the Holy Spirit,
the holy catholic Church,
the communion of saints,
the forgiveness of sins,
the resurrection of the body,
and the life everlasting. Amen

The Nicene Creed was written in the year 325 by early bishops meeting in Nicaea (modern day Turkey). It is a statement that summarizes the Christian faith and is said in unison during services of Holy Eucharist (the reenactment of the Lord’s Supper). It can be found on pages 326 and 358 in the Book of Common Prayer.

The Nicene Creed
We believe in one God,
the Father, the Almighty,
maker of heaven and earth,
of all that is, seen and unseen.

We believe in one Lord, Jesus Christ,
the only Son of God,
eternally begotten of the Father,
God from God, Light from Light,
true God from true God,
begotten, not made,
of one Being with the Father.
Through him all things were made.
For us and for our salvation
he came down from heaven:
by the power of the Holy Spirit
he became incarnate from the Virgin Mary,
and was made man.
For our sake he was crucified under Pontius Pilate;
he suffered death and was buried.
On the third day he rose again
in accordance with the Scriptures;
he ascended into heaven
and is seated at the right hand of the Father.
He will come again in glory to judge
the living and the dead,
and his kingdom will have no end.

We believe in the Holy Spirit,
the Lord, the giver of life,
who proceeds from the Father and the Son.
With the Father and the Son he is
worshiped and glorified.
He has spoken through the Prophets.
We believe in one holy catholic
and apostolic Church.
We acknowledge one baptism
for the forgiveness of sins.
We look for the resurrection of the dead,
and the life of the world to come. Amen

Do I have to believe everything in the Creeds?
Relationship with God is a personal journey and also one we share with others in this community of faith. The Creeds clearly state the beliefs of the Church, and we recite them as we join with those around us in the process of discovering our own relationship with God. So it is not easy to answer this question “yes” or “no.” It is important that we take part with fellow seekers in this lifelong journey.
​
What if I have doubts or questions?
It is not unusual to have doubts and questions. In the Episcopal Church, questions are encouraged. There are many groups, classes and forums available for discussing questions with other seekers. Additionally, clergy are happy to discuss your questions.
St. Francis of Assisi | 2000 Phillips and 205 Dooley Streets Prairie View, TX 77446 | 936-857-3272| © 2022 St. Francis of Assisi ALL RIGHTS RESERVED